The Free World War is an alternative history with a twist. The Free World War is an alternative history with a twist.

The year is 2265 and Earth is a utopia populated by enlightened and contented people. How did this perfect world to come about?

Virtual reality simulations of past events are generated using the unlimited computer power of the day. One project stems from the events surrounding a car accident in 1945 involving General George S. Patton. The simulation is used to look into an alternative world. In this other world General Patton had been killed in the accident.

The simulation shows a world where humanity continues along the same path it has taken for millennia. The Cold War dominates the latter half of the 20th century, but this had not occurred in the utopia’s past. Why?

General Patton understood that communism preached world domination, and the U.S.S.R. under Stalin would spread its tyranny throughout the post-war world. He wanted to defeat them while the time was right. Patton proposed a continuation of the war in Europe and said he could make it look like the Soviets had started it. 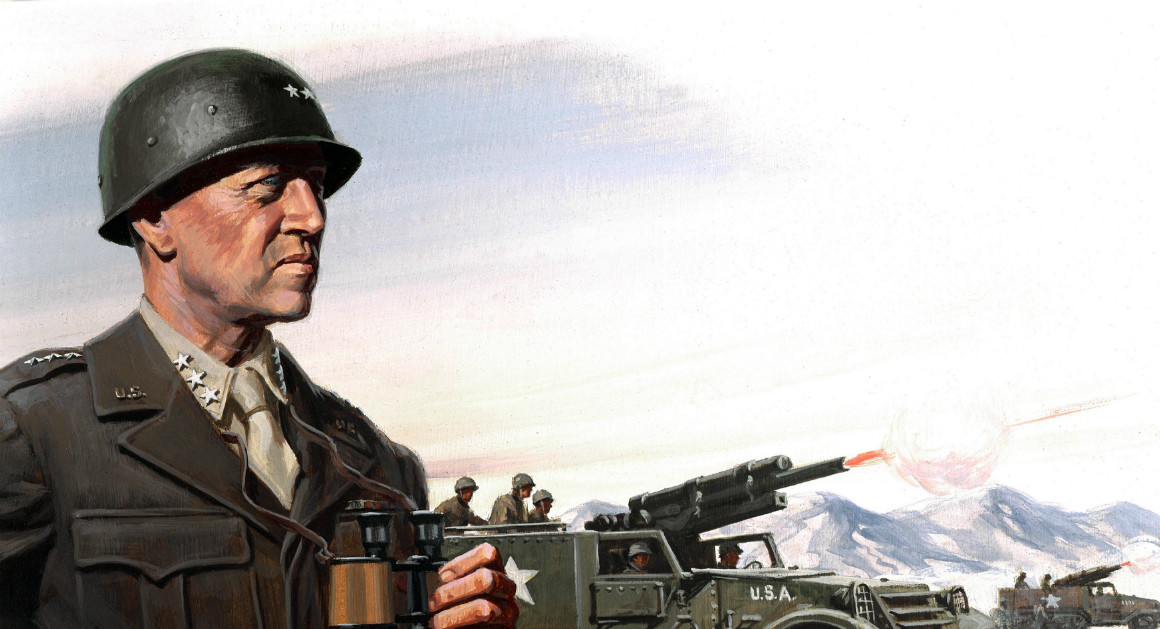 The events that occurred in the utopian world after Patton survived the accident describe a war against the Soviets, and the part played by a rogue Russian General, Andrey Vlasov. His Russian Liberation Army had previously fought against Stalin and would now play a major part in the war against the totalitarian state corrupting his homeland.

The simulation’s revelations reveal that contrary to popular belief, it had taken the sacrifices of a war against tyranny for a perfect world to exist. Matthew W. Frend, previously published in Black Ice Magazine and Alien Dimensions, wants to get people thinking about why our world is still plagued by hostility, ignorance, profanity and hopelessness. Humanity appears to be destined to a future overcast by perpetual conflict. At the same time, it isn’t hard to imagine a world where peace and harmony prevail, and all the resources devoted to destroying each other are instead directed toward more sane pursuits, such as universal prosperity and preserving the planet’s ecosystem.

“In order to heal oneself, first you have to acknowledge you have a problem. I didn’t want to add to the existing pile of dystopian stories, and further reinforce our negative view of ourselves. My intentions are to put the reader in a more positive position; one where humanity has ascended from its barbarous past.I think we should have a clear goal in mind, so that achieving it will become easier. You hear people say, “Oh there’ll always be war and crime – that’s just human nature.” That kind of thinking will just ensure that the dysfunction continues.

The Free World War does not propose that war is the only solution, simply that in order to achieve a positive outcome, then as Napoleon put it, “extraordinary remedies” may be required. In fact, the events proposed in the book occur after the A-bomb had been dropped on Japan. The justification for doing so was to save the lives of hundreds of thousands of allied servicemen. Has there been a more significant paradox in human history, than using the most destructive weapon ever devised by man, to save a host of lives?

The book also suggests that the ethical climate following Hiroshima and Nagasaki, would have been such that the bomb would only have been considered under the most extreme circumstances, and that ridding the world of the evils of communism would need to be performed in a conventional manner.

The United Nations had been created with the intention of preventing a repeat of the apocalyptic wars of the twentieth century. However, at its inception, Stalin’s Soviet Union derailed and diluted the UN’s charter, insisting on the power to veto resolutions made by those counties the communist’s feared the most, the western democracies. Reaching the moon, and the ongoing development of sustainable technologies to address climate change, have the potential to unite humanity and will be some of our greatest achievements. We have a glimpse of where we want to be as a species - but if stronger and better decisions had been made in the past, perhaps we’d be much further along by now.

Matthew William Frend is a computer programmer who has lived in Australia, the UK and the USA. He lives by the Benjamin Franklin motto of 'Either write something worth reading or do something worth writing'. He has led a diverse life including spending time in the Australian Army, at racing stables and twenty years in IT. He has published two short stories. Matthew lives in Parker, Colorado, USA